This is now the fourth installment in the “How to Fix Your Back” series. This is going to be an interesting one no doubt. Before going forward, if you’re interested in reading the first three articles: the first was about yoga, then next came Pilates, and most recently was my wife assisting me with pharmaceutical mgmt. of lower back pain.

Here is my foreword before we start.

I have never had acupuncture.

There, I said it.

I have never had acupuncture

I said it twice. Definitely not a typo

In fact, up until I started my research here, I thought it was spelled accupuncture. Thanks Google

Ok, aCupuncture. Let’s dive into it…

I was told that of all the complimentary therapies out there, that this one has the most evidence backing it. I will say, if that is true, it looks bad for the other complimentary therapies. The evidence is extremely contradictory. One well done study reports that there is benefit to people suffering lower back pain using acupuncture while the next completely undermines it. Very strange, especially considering many acupuncturists are medical doctors, doctors of osteopathic medicine, physical therapists, and chiropractors.

But let’s not get ahead of ourselves. Firstly, what is acupuncture?

It is the insertion of anywhere between 1-20 very thin needles (VERY thin, about twenty times thinner than hypodermic needles) inserted throughout the body and left there for 15-30 minutes. These needles can be electrified or heated as needed. 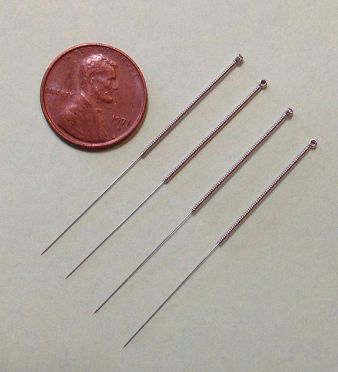 The insertion of these needles into the body have been thought to work on pain in one of two ways. The first is by the gate control theory and the next is by the release of endogenous opiods in our body

This is one of my most common examples I use when discussing pain with a patient. I usually talk about this in regards to the use of their home TENS unit.

Imagine you get stung by a bee on your arm (assume you’re not being swarmed by them or wildly allergic a la “My Girl”), your first reaction may be to rub your arm. In the same vein, imagine you’re a seven year old who just fell down and bumped your knee. Your mom scoops you up and kisses your knee. Your mom is not a doctor (but maybe she is), she’s not a witch (but maybe…), and not giving you medication- and yet… the pain fades. Ditto with the bee sting after rubbing, why?

The way your body understands pain is for a noxious stimulus (bee sting or bumped knee) to affect a nerve ending which sends a message through a nerve and all its connections along the way to the brain where it is perceived as pain and then you drop an F bomb.

Pain, however, travels slowly. Do you know what travels faster than pain? The sensation of rubbing your arm. The gentle loving lips of your mother pursed against your boo-boo knee.

If you can imagine a single lane highway where the slow car is pain and your fancy convertible sports car is mama’s kiss, you could imagine which impulse gets to the brain first. The brain can only attend to one thing at a time, so slow moving pain or fast car kiss? Obviously your pain is blocked. Gate control: only letting one type of impulse thru at a time. 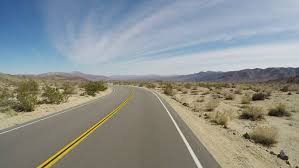 The intense feeling of electric stimulation works in this way, as does the piercing of the skin with acupuncture needles (new pain supersedes old pain: Think about that bumped knee and how your big bro took your mind off of it with a well-placed pinch).

The down side? It’s short term relief. Remove the distracting sensation and the brain perceives the pain again.

We have ways of blocking all kinds of pain using heavy duty chemicals that modulate how sensitive we are to pain… and big pharma has nothing on these drugs because we produce them in our own body.

Ah yes endorphins, literally ENDOgenous morPHINe, are opiods produced within our body that makes us feel real good. They bind to receptors and inhibit a lot of chemicals and neuro transmitters we associate with pain.

How does one produce endorphins? Try laughing! Many studies have shown that laughing increases production of endorphins that sharply dull out pain. This is likely the rationale behind one of my favorite types of adjunct therapies… Laughter yoga. A group of people come together and throw their arms in the air with fake laughter until it becomes real laughter. This I’ve tried and HIGHLY RECOMMEND.

Unlike the gate control theory, endogenous opiods can last for a long time resulting in prolonged reduction of pain.

So, circling back around to accupuncture acupuncture, the two ways it reduces pain is not specific to just that modality. Here is my final verdict in connection to lower back pain:

In the case of lower back pain, traditional research has not put a definitive yey or nay to acupuncture. I however, give it a stamp of approval because when science is used as a basis of relief, there is no question of benefit. Piercing the skin releases endogenous opiods causing long lasting “good times” while the gate control theory provides the short term immediate “numbing”. I will now dispel all naysaying researchers with this great example that UNDOUBTLY PROVES THE BENEFITS OF ACUPUNCTURE…

Do you have a tattoo? If you are 1 of the 45 million Americans that have one, you may understand acupuncture. After a short amount of time, the repeated piercing of the needle (along with the vibration) became a numbing sensation most likely. After the inking was done, did you feel real giddy? Have you ever felt/heard that tattoos were addicting? Now all the pieces come together. Acupuncture- tattooing without all that ink

Well, it’s a start I suppose. Next week I take on a combination of chiropractic and massage therapy. Two modalities focused on decreasing limitations in ROM both at the bony level and the soft tissue level

g2g, I’m gonna run to the tattoo parlor and get this beauty inked on my back…

5 thoughts on “How to Fix Your Chronic Lower Back Pain (4 of 7): Be one with the pin cushion”